Join us as we take a cross-country drive from Pennsylvania to California. Not literally, but the idea is the same. Challenges will be based on the road trip, the destinations, and possibly even a challenge or two based on the song lyrics made famous by the song writer Bobby Troup in 1946.
Post Reply
2 posts • Page 1 of 1

Background
Bobby Troup got the idea for the song on a cross-country drive from Pennsylvania to California. Troup wanted to try his hand as a Hollywood songwriter, so he and his wife, Cynthia, packed up their 1941 Buick and headed west. The trip began on US 40 and continued along US 66 to the California coast. Troup initially considered writing a tune about US 40, but Cynthia suggested the title "Get Your Kicks on Route 66". The song was composed on the ten-day journey and completed by referring to maps when the couple arrived in Los Angeles.[1]

Lyrics
The lyrics read as a mini-travelogue about the major stops along the route, listing several cities and towns through which Route 66 passes: St. Louis; Joplin, Missouri; Oklahoma City, Oklahoma; Amarillo, Texas; Gallup, New Mexico; Flagstaff, Arizona; Winona, Arizona; Kingman, Arizona; Barstow, California; and San Bernardino, California. Winona is the only town out of sequence: it was a very small settlement east of Flagstaff and might indeed have been forgotten if not for the lyric "Don't forget Winona", written to rhyme with "Flagstaff, Arizona".

Many artists who have covered the tune over the years have changed the initial lyrics, usually to "It goes to St. Louis, down through Missouri ..." then continuing with Oklahoma City and so on. Of the eight states through which the actual route passes, only Kansas and its cities are not mentioned (US 66 only passes eleven miles (18 km) inside the state's southeast corner).
Tammy Folk - Strawberries & Peppermints

Scrapbooking....is there really anything else?
Top

Re: Background & Lyrics from Wikipedia

I've been to every one of those cities. Love Route 66
Patti 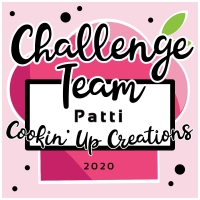 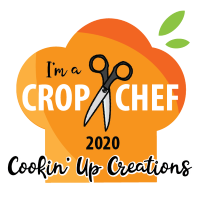